Top 5 Cybersecurity threats for a business

Posted 05/12/2021 at in Cybersecurity Training, Latest Articles by Rahul B 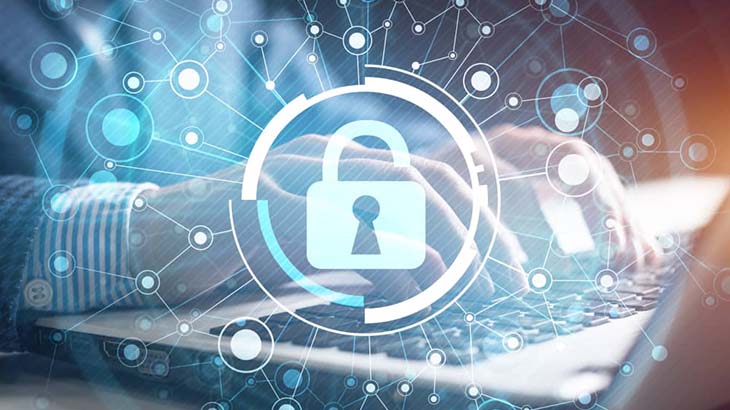 The “Global Risks Report” by the World Economic Forum says the chance of nabbing and prosecuting a cybercriminal at 0.05%. Moreover, global losses from cybercrime were more than $1 trillion in 2020 alone. Combining these two pieces of information, resilience and business awareness is the key to avoid security breaches and secure sensitive data.

With the increasing level of remote and work-from-home jobs, the sophistication and intensity of cyber threats are also increasing. Below, we are sharing the 5 most damaging cybersecurity threats for businesses and enterprises in 2021:

Last year, nearly 10 million DDoS attacks were attempted, with the loss per hour of service reaching as much as $1,00,000. Previously compromised devices are used by hackers to employ a botnet which is required for a coordinated DDoS attack. Every such machine, which has been compromised by hacking or malware, can be used to perform a criminal activity while the owner of the machine is completely unaware that it is happening.

It used to be that web traffic was targeted using this method. But now, artificial intelligence (AI) is being used by cybercriminals to perform DDoS attacks. While it seems to be a poison, AI can also become the cure for preventing and eliminating DDoS attacks.

To target cloud computing systems, hackers look to exploit servers with weak passwords and unpatched systems by performing brute-force attacks with the aim of somehow accessing stored user accounts. They can also steal other sensitive data or plant ransomware into the system. There also have been instances of usage of cloud systems to coordinate DDoS attacks or to perform crypto jacking. To avoid the compromise of cloud systems and make them more secure, proper attention should be paid to cloud storage configuration, end-user actions on cloud devices, and the security of application user interfaces (APIs).

Today, there is no independent stand-alone digital system that can function by itself. Most organizations employ the services of one or more third-party tools. Some of these tools have at least one critical vulnerability. If exposed to hackers, it can cause the opening of the gateway to a host of other domains. In 2020, third-party breaches affected some of the biggest global brands such as Instagram, General Electric, and Spotify.

Ransomware is a program that encrypts the data on the affected system and then demands payment to release the infected data. In 2020, the cumulative sum of demands generated by ransomware was more than $1.4 billion. Some of the most recent cases of ransomware causing a ruckus include the compromise of research data on Covid-19 at The University of California, and the attack on a German hospital where cybercriminals disabled its patient care systems, which even resulted in the death of a patient undergoing treatment at the hospital.

Zero Standing Privileges can be implemented by enterprises and organizations to prevent social engineering attacks. If zero standing privileges are implemented, a user will be granted access privilege only for a particular task, and the privilege will last only for the time required to complete that task. In this case, even if the credentials are compromised, hackers won’t be able to access sensitive data and internal systems.

Covid-19 has transformed our workplaces and these transformations are here to stay, along with the increasing cyber threats faced by enterprises. Cybersecurity teams at businesses will have to develop strong and robust policies to respond to the threat arising out of cybersecurity challenges.